STOCKHOLM, January 26, 2018 –The first patient to have Leksell Gamma Knife® stereotactic radiosurgery in a clinical setting had his procedure to treat a pituitary adenoma at Sophiahemmet Hospital in Stockholm on January 27, 1968. By 2018 – Gamma Knife® radiosurgery’s 50th year – a staggering 1.1 million people around the world have received the therapy. Today, 330 clinical Leksell Gamma Knife units, distributed among 54 different countries, combine to treat 80,000 new patients each year.

“Prof. Lars Leksell would be enormously gratified that his invention has endured for so many decades, which is a testament not only to the power of his original Leksell Gamma Knife unit, but also to his commitment to continue building on, refining and innovating the Leksell Gamma Knife platform to improve patient care and outcomes,” remarks Elekta President and CEO, Richard Hausmann, speaking of the late Prof. Leksell, pioneering neurosurgeon and Gamma Knife creator.

“It was Prof. Leksell’s lifelong passion for applying stereotaxy – the use of three-dimensional coordinates to precisely map anatomical structures that cannot be visualized directly – and the overwhelmingly good results he could achieve by making a lesion in the brain with a radiofrequency generator and electrodes that sparked the creation of Leksell Gamma Knife,” Hausmann continues. “Combining stereotactic methods with radiation therapy allowed precise and non-invasive targeting of brain tissue, which fundamentally transformed the treatment of a spectrum of brain disorders.”

Combining gentleness with gold standard precision
The undisputed gold standard for the treatment of intracranial indications, Gamma Knife radiosurgery is a gentler alternative to traditional brain surgery and whole brain radiation therapy for illnesses such as metastatic disease, which is cancer that has travelled to the brain from elsewhere in the body. With pinpoint accuracy, Leksell Gamma Knife delivers up to thousands of low-intensity radiation beams to one or more targets in a single or multiple sessions.

The traditional indications for Gamma Knife radiosurgery are:

“Leksell Gamma Knife is a perfect example of a disruptive technology that through continuous upgrades over the years is now considered a sustaining innovation,” says L. Dade Lunsford, MD, Lars Leksell Professor and Distinguished Professor of Neurological Surgery at the University of Pittsburgh, and co-director, Center for Image-Guided Neurosurgery at the University of Pittsburgh Medical Center (UPMC). In 1987, Dr. Lunsford brought Gamma Knife to UPMC, the site of the United States’ first system. “When we installed the first unit 30 years ago it was kind of a gamble because no one knew its actual potential and its ultimate role. Now, UPMC has treated its 15,000th patient this year and the technology is well established.”

“As remarkable as Gamma Knife’s first 50 years has been,” Hausmann adds, “the next half-century has the potential to transcend anything we can presently conceive of for this modality, allowing far greater numbers of patients to have access to this gentle and clinically-proven treatment method.”

Elekta is proud to be the leading innovator of equipment and software used to improve, prolong and save the lives of people with cancer and brain disorders. Our advanced, effective solutions are created in collaboration with customers, and more than 6,000 hospitals worldwide rely on Elekta technology. Our treatment solutions and oncology informatics portfolios are designed to enhance the delivery of radiation therapy, radiosurgery and brachytherapy, and to drive cost efficiency in clinical workflows. Elekta employs 3,600 people around the world. Headquartered in Stockholm, Sweden, Elekta is listed on NASDAQ Stockholm www.elekta.com 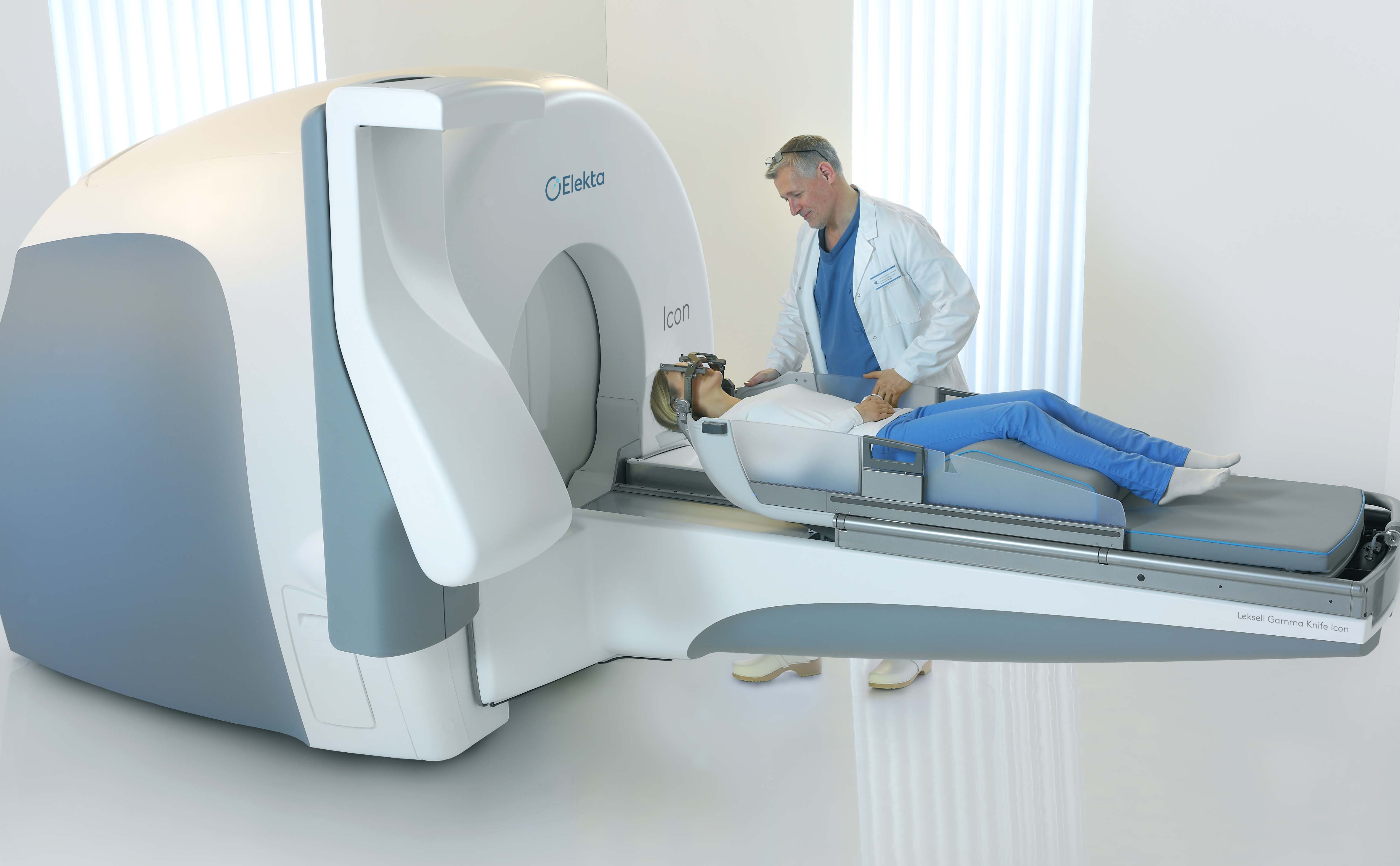