PRESS RELEASE Stockholm, December 5, 2006 This year, the prestigious Golden Gavel award (swe: Guldklubban) for excellent example of meritorious chairmanship has been awarded to Akbar Seddigh, the Chairman of the Board of Elekta AB. The award was presented earlier today by His Majesty Carl XVI Gustaf of Sweden at a ceremony at the Grand Hôtel in Stockholm.

The work of the Board and particularly the role of the Chairman is becoming increasingly important to companies listed on the stock exchange. Consequently, StyrelseAkademien (a non-profit organization to promote better Board work in Swedish companies) and the Deloitte accounting firm, with the Affärsvärlden business weekly, the Fairford Group investment company, the Heidrick &amp; Struggles executive search group and the Linklaters law firm, award the Golden Gavel with the aim of distinguishing a Chairperson, who, in an outstanding manner contributed to the organization of a well-functioning Board work and shown leadership and ability to create an excellent work climate. The award is presented this year for the second time. Last year’s winner in the listed companies’ category was Hans Dalborg, Chairman of Nordea.

The jury’s citation in deciding to award the Golden Gavel to Akbar Seddigh was as follows:

”The work of Elekta’s Board of Directors is lead with high demands on order and structure, at the same time as Akbar Seddigh through his energy and enthusiasm creates a dynamic and productive relationship with the company’s management. The way he carries out the role as Chairman of the Board in a public listed company with a strong owner has impressed colleagues in the Board of Directors as well as a wider circle of stakeholders, both external and internal in the company. Through his competence in medical technology, international network and intractable optimism and enterprise attitude, Akbar Seddigh has been a major contributor to the company’s positive development.

“It is with pride and humility that I would like to express my deepest thanks to the jury of the Golden Gavel,” says Akbar Seddigh in a comment. “StyrelseAkademien is making a major contribution by highlighting the importance of Board work for both the companies’ development and for the confidence in the stock market. I would also like to thank my colleagues on the Board of Elekta as well as the present and past management group of Elekta. It has been a privilege to lead the teamwork that is responsible for Elekta’s fantastic development in recent years.”

“Akbar Seddigh is worthy of all congratulations and is a very deserving recipient of the Golden Gavel. Akbar has been vitally important to the success of Elekta and he is highly respected by the company’s management as well as the entire organization,” declares Elekta’s President Tomas Puusepp.

Akbar Seddigh was born in 1943 in Shahroud, by the Caspian Sea and today lives in Stockholm. He came to Sweden as a graduate chemist from Iran in 1963 and continued to study engineering at KTH (The Royal Institute of Technology). During his career, he has held managerial positions within Volvo, AB Atomenergi and Geological Survey of Sweden (SGU). In 1984 he founded the medical-technology company Ortivus where he was President until the end of the 1990s. He was recruited to Elekta’s Board in 1998 and became Chairman in 1999. 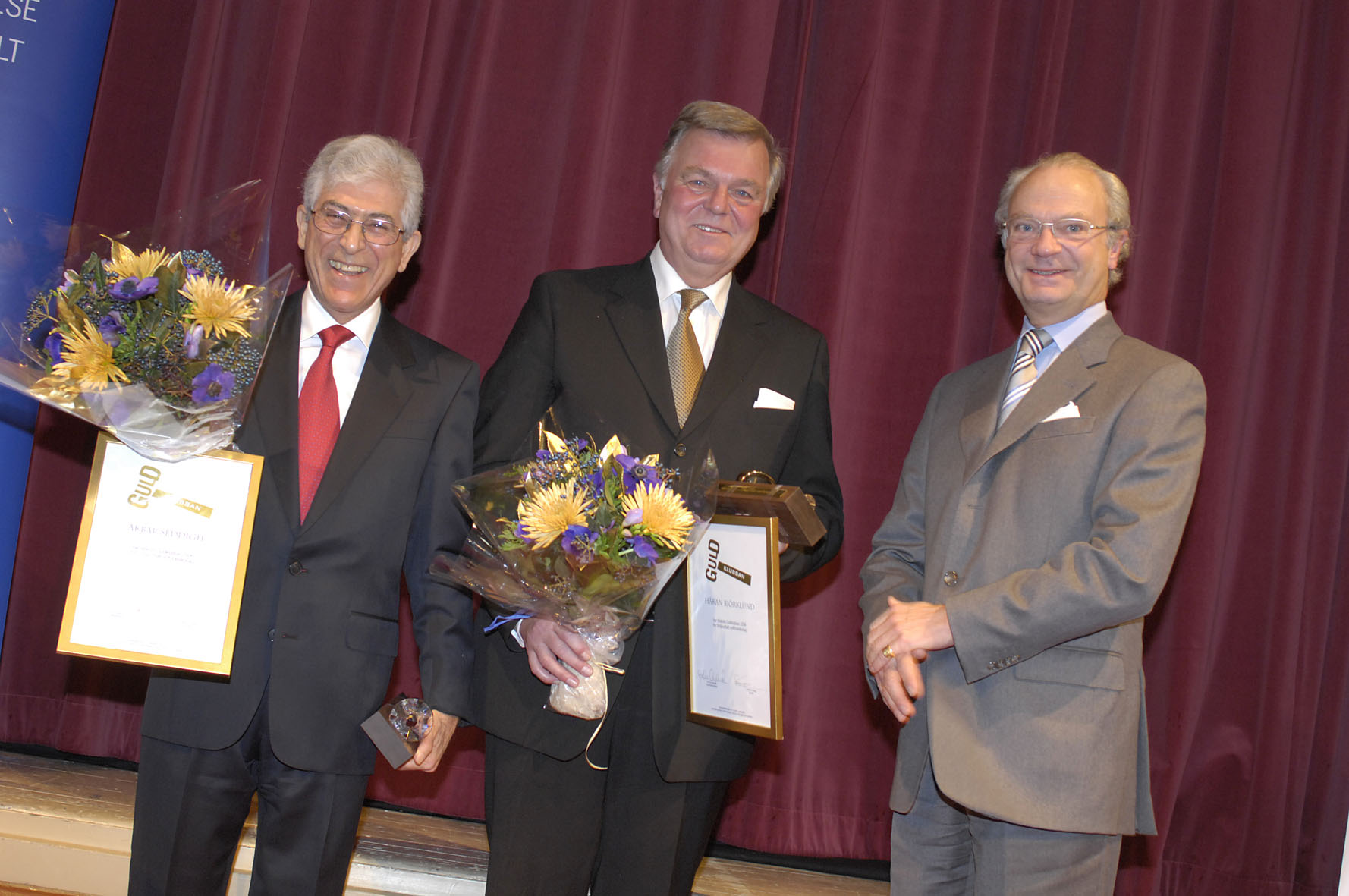