PRESS RELEASE Stockholm, Sweden, September 6, 2006 The University of Virginia Health System (U.Va.) will become one of the first centers in the world to install the new Leksell Gamma Knife® Perfexion™, the most advanced system ever for non-invasive radiosurgery for brain disorders.

With the new Leksell Gamma Knife Perfexion, scheduled for installation in early spring of 2007, U.Va. will offer patients the most advanced system ever for non-invasive treatment of brain disorders. The groundbreaking system brings together the best of both worlds – innovations that make treatment faster and more accurate, plus experience gained from treating over 400,000 patients worldwide.

“We are very pleased with the assignment to equip one of the pioneering institutions in Gamma Knife® surgery with this groundbreaking new system,” said Tomas Puusepp, President and CEO of Elekta. “This order from University of Virginia, very shortly after receiving FDA clearance, demonstrates the value – both to patients and financially – that U.Va. has experienced with Gamma Knife surgery. We are looking forward to a continued close relationship with U.Va., and we also see a very strong interest in Leksell Gamma Knife Perfexion from other institutions, both in the U.S. and internationally,” concluded Puusepp.

When U.Va. installed its first Leksell Gamma Knife® in 1989, it became the fifth hospital in the world and the second in the nation to offer an alternative to open brain surgery. Since then, the U.Va. Gamma Knife® Center has become a world leader in Gamma Knife surgery, now treating more than 600 patients a year.

Drawing upon its highly qualified team of neurosurgeons and pioneering work with Gamma Knife surgery, U.Va. offers an annual advanced training class in the clinical practice and research of Gamma Knife surgery for the treatment of AVMs, pituitary adenomas, acoustic neuromas and meningiomas.

With Leksell Gamma Knife Perfexion, Elekta expands the Gamma Knife product line with a completely new system that takes stereotactic radiosurgery to the next level and provides a platform for further refinement and expansion of radiosurgery procedures in the brain, cervical spine and head &amp; neck regions.

Leksell Gamma Knife Perfexion allows for a dramatically increased treatable volume, which is estimated to increase the number of patients that can benefit from Gamma Knife surgery by up to 40 percent. The fully automated and efficient single push button approach is expected to save 3-5 working weeks of physician time per year at an average Gamma Knife center.

Designed from the ground up with patient safety and staff comfort in mind, the unwanted body dose to patient is up to 100 times less with Leksell Gamma Knife Perfexion, compared with competing technologies, very important for treatment of children and women of childbearing age. 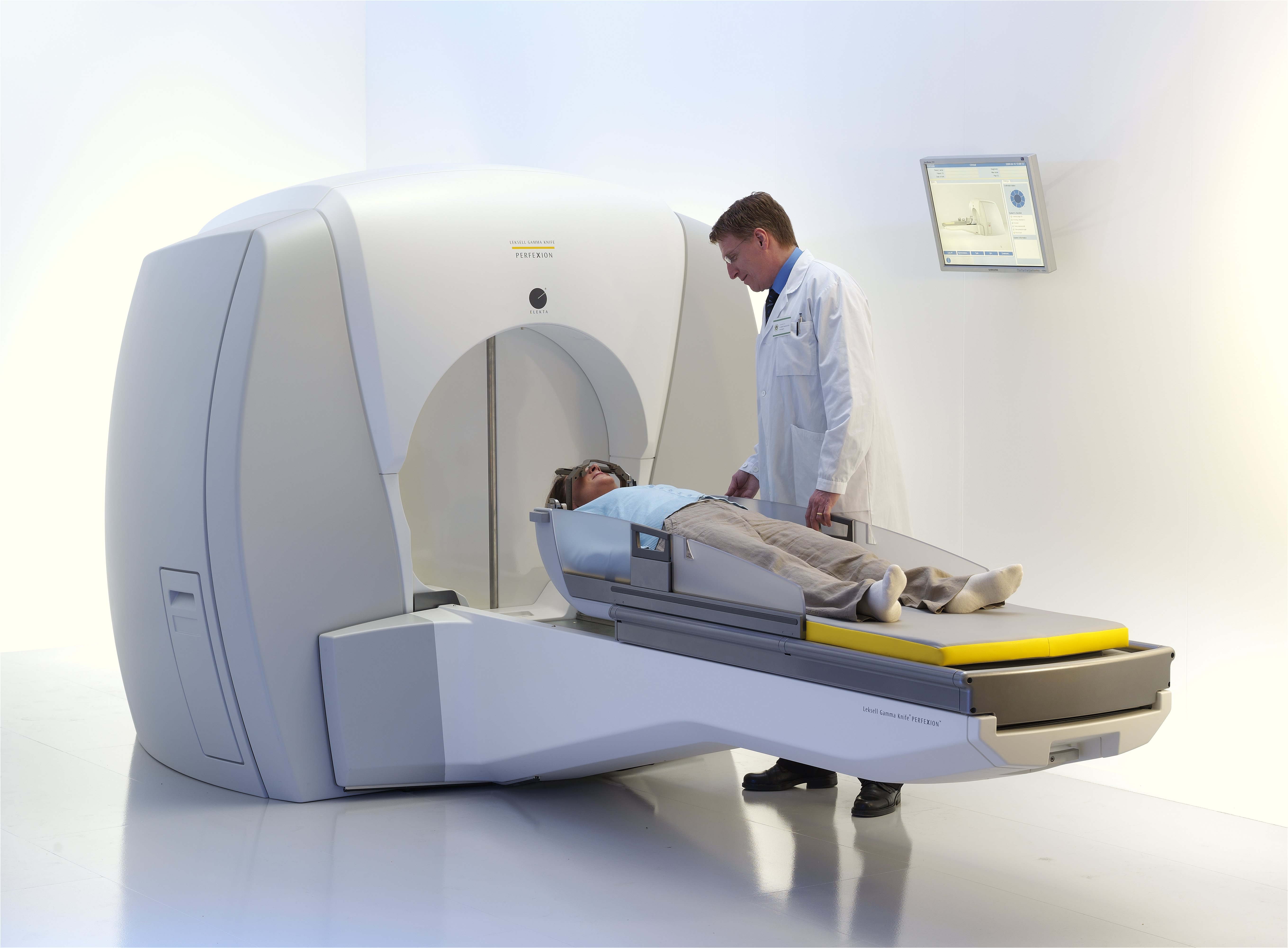