This 56-year-old male patient underwent surgery for adenoid cystic carcinoma in January, 2019. In February, 2019, disease progression was detected by PET-CT with residual disease and seven lung metastases in both lungs (figure 1).

This case was challenging because of the large number of lung metastases, which are all affected by respiratory motion, and the large distance between them. In a conventional treatment plan, it would be difficult to ensure that every target is treated accurately and efficiently. It is also important to consider OARs in close proximity to targets and healthy lung, dose to which would impact quality of life for the patient after treatment.

It was decided to treat this patient using lung SBRT with a single isocenter, which would allow all seven targets to be irradiated simultaneously, ensuring a fast treatment delivery for so many targets within a large area.

As the targets spanned a distance of 24 cm (figure 2), Versa HD (with the Agility MLC) was the only option to treat all seven targets using a single isocenter and one SBRT plan. This is due to Agility’s large treatment field with full-field 5 mm MLC leaf width resolution; its large MLC leaf interdigitation capability; and its dynamic jaw tracking. In addition, Agility’s low leaf and jaw transmission protects healthy tissue by reducing inter-target dose.

For simulation and treatment, the patient was immobilized in the supine position with both arms raised, using BodyFIX® to enhance patient comfort and to reduce patient movement. A 4D-CT scan was acquired for 10 phases of the respiratory cycle. These images were uploaded to Monaco for target contouring and confirmation of the time weighted average position.

The 4D CT images (10 phases) and Symmetry 4D CBCT images were used to contour each of the targets. The GTV was drawn on the maximum intensity projection (MIP) image dataset. Critical Structure Avoidance (CSA) dual registration technology together with the time weighted average position allowed us to define the relationship between the ITV/PTVs and the moving tumors.

A single isocenter, dual arc VMAT lung SBRT plan was generated using Monaco to deliver a total of 56 Gy to each of the seven targets (figure 3).

The minimum distance between the 95% prescription isodose line and the PTV was 1–2 mm (figure 4). This distance was used as the tolerance for position verification.

Symmetry also allowed real time intra-fraction monitoring of tumor movement, using 4D-CBCT scan verification during treatment to ensure accuracy for the entire treatment (figure 6). This allowed us to be sure that targets influenced by respiratory motion were within the ITV during treatment.

The average intra-fraction translational deviations for this patient were X = -0.05 cm; Y = 0.20 cm; Z = -0.40 cm, illustrating the high precision of this treatment.

The Jiangsu Cancer Hospital Department of Radiation Oncology began using Symmetry 4D image guidance for the treatment of lung cancer in 2018. The department has adopted several motion management techniques, including respiratory gating, breath-hold techniques and optical surface management system (OSMS). Symmetry 4D image guidance technology is most often adopted for lung SBRT of pulmonary nodules or oligometastatic lesions that require real-time monitoring of tumor movement during treatment. CSA and Symmetry are used for critical structure protection, to reduce positioning deviations and for position verification, while intra-fraction Symmetry 4D image guidance is used for real-time tracking of respiratory motion. This is particularly important with multiple targets, ensuring that each individual target is treated effectively.

In this case, Symmetry 4D CBCT provided high quality image guidance for single isocenter, multiple target SBRT where the distance between targets was large and the range of motion for each target was different. Symmetry allowed tumor positions to be tracked during respiratory motion, ensuring accurate dose delivery to all seven lung metastases. This technique allowed us to improve departmental efficiency by shortening treatment delivery times, reducing the treatment course, and allowing multiple targets to be treated simultaneously, safely and effectively. Symmetry scanning time was short and the workflow was easy. Without Symmetry 4D CBCT for single isocenter SBRT of multiple lung targets, it would be difficult to confirm the position of all targets, with the risk of missing part of/the whole target. The alternative of treating each target separately with multiple isocenters would require additional positioning and image guidance, and the overall treatment time would be much longer.

Jiangsu Cancer Hospital is the center for cancer prevention, treatment, research and education in Jiangsu Province. It has been on the list of “National Best Oncology Reputation Ranking” published by the Medical Management Research Center of Fudan University for seven years and, in 2015, it became one of the top 100 “Best Hospitals in China”.

The Jiangsu Cancer Hospital Radiation Oncology department was established in 1961 and currently employs 77 physicians, 16 medical physicists, 47 radiation therapists and 140 specialist nursing staff. With an average patient throughput of around 5,000 per year, the department has six inpatient areas, including head and neck, abdomen, thorax and gynecological oncology. The department is equipped with two Elekta Versa HD linacs, in addition to Varian UNIQUE, 600CD, VitalBeam and TrueBeam linacs. 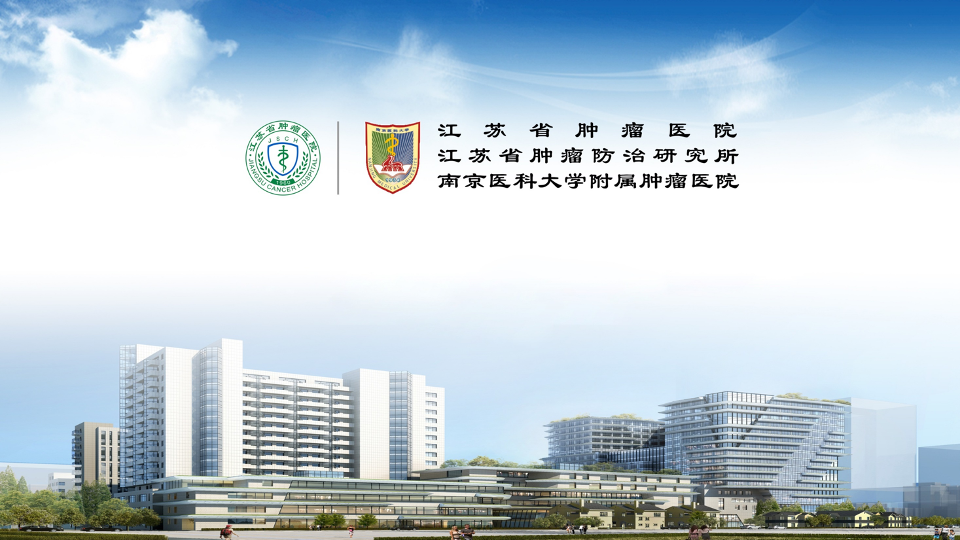